Project Turf is a digital product that turns communities into Turfs to make recycling easier and more captivating. It incentivizes people to recycle by tracking how much you recycle and rewarding you with points that can be used towards both individual and community rewards.

My group and I worked together in every stage of the process, however, I was primarily responsible for the visual identity, interaction design, and the vision video.

This project was made for BC Hwang's Human/Computer Interaction class at SCAD. 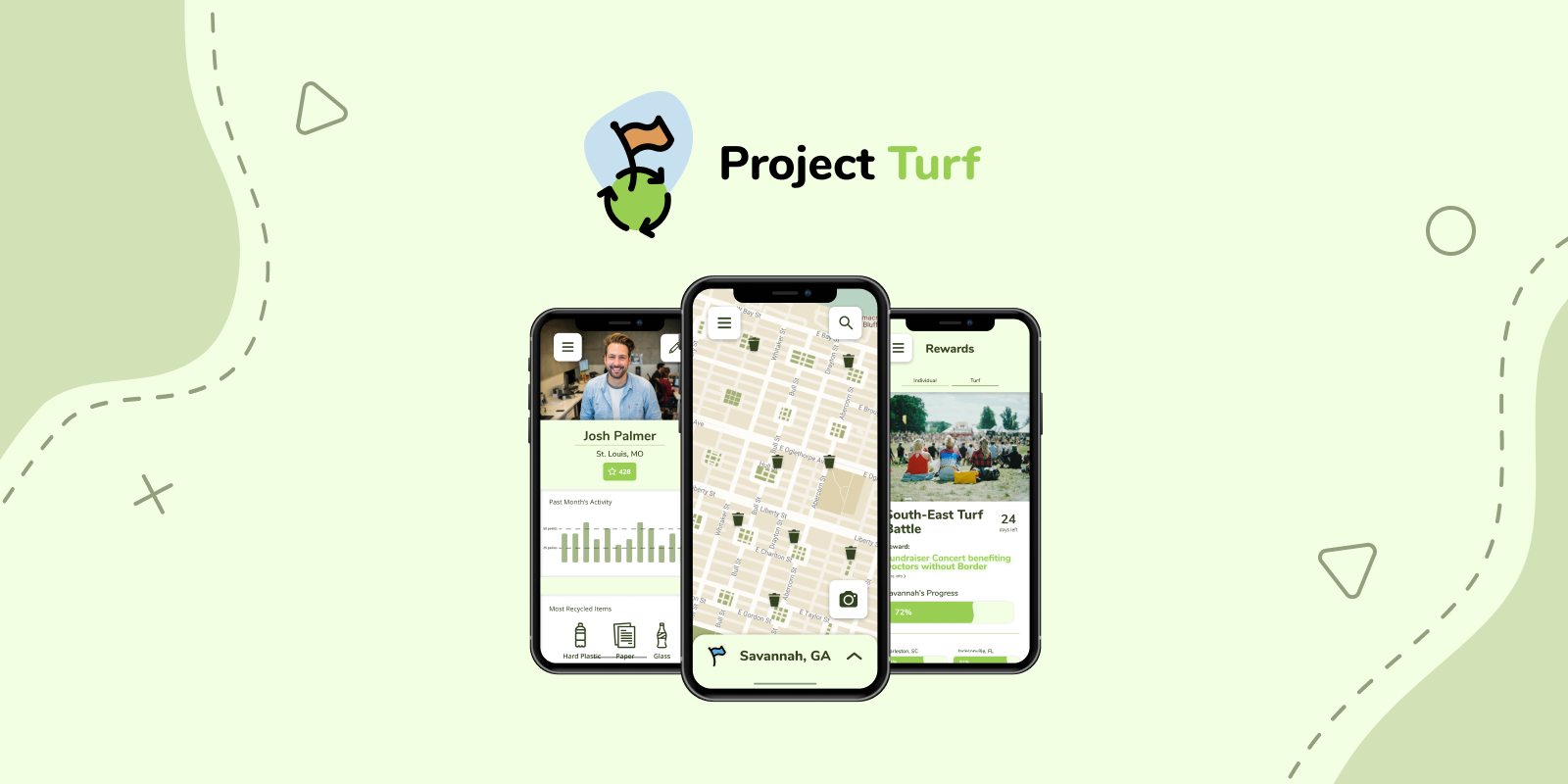 After deciding to focus on the problem area of "Recycling in America", we spent multiple weeks going through extensive research, gathering as many insights as we could to help shape the digital product we would eventually make. We conducted various forms of secondary research such as ethnographic research and competitor analysis, however I highlighted some of our more impact research discoveries below:

After collecting all of our data, we created an affinity map to derive ideas and insights with what specific problems to solve and how to organize them.

To visualize who are product should and shouldn't target, we created a collection of personas. We also created user journey maps to fully understand the scope of behaviors that our users will be having and any pain points with those behaviors.

Once we understood our target audience and what solutions we wanted to create for the problems we were trying to solve, we started ideating, creating an information architecture and eventually wireframes for our app.

Your Turf: By looking into your Turf, you can find out more about your Turf's impact and current events happening in your area

Track your points: Track your recycling habits so that you can not only see your personal impact on the environment, but your Turf's impact as well.

Win rewards: Unlock personal rewards such as discounts and free prizes the more individual points that you get. Not only do you get points, but your Turf does as well. Turfs compete against other Turfs to win large scale rewards such as fundraiser events and concerts!